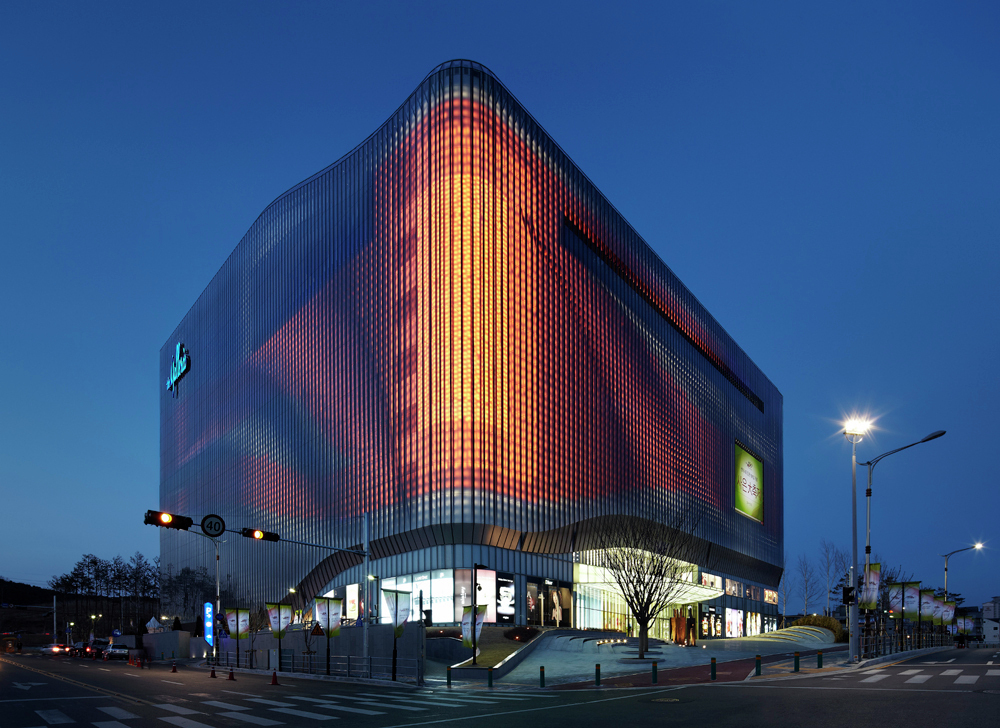 For most of the history of architecture, interesting facades were achieved through materiality or ornamentation. From the elaborately painted friezes of the Parthenon to the glass exteriors of modern skyscrapers, architecture was primarily static, only ‘changing’ as the environment would change and affect the material of the façade in differing ways, be it rain, light, rust, etc.

As technology has progressed and facades have transformed – literally – the role of environment hasn’t diminished. Rather, cutting-edge technology has allowed designers to develop architecture that responds to environmental stimuli in more interesting ways than ever. Often, these designs take the form of kinetic facades: architectural facades that change dynamically, transforming buildings from static monoliths to ever-moving surfaces.

Kinetic facades can and have taken a multitude of forms throughout the years. Often, they mediate between aesthetics and utility, pushing stunning visuals alongside environmental protection. One of the most cited examples of this mediation is Aedas Architects’ Al Bahar Towers in Abu Dhabi. The façade’s umbrella-like panels open and close in response to the sun’s movement, protecting building users from heat and glare, decreasing the need for air-conditioning, and making the building more sustainable. The panels themselves are not only aesthetically-pleasing and star-like in design, but are inspired by traditional Islamic shading systems, respecting cultural heritage as well.

Other architects have similarly used kinetic facades to mediate temperature. Ernst Giselbrecht + Partner’s Kiefer Technic Showroom is another iconic example of this approach, featuring 112 large metal tiles that morph throughout the day to create optimal shading conditions. Users can control these conditions from within the building, adapting the façade to match their preferences exactly.

Enric Ruiz Geli’s Media-ICT similarly features screen-like inflatable ETFE cushions that open in the winter to gather solar energy and close during summer to provide shade. Though less immediately kinetic, the façade transforms at different points in the year to respond effectively to environmental stimuli.

Yet light and temperature aren’t the only environmental factors that kinetic facades can respond to. Both the Oxford Street Debenhams Store and the Brisbane Domestic Terminal Carpark boasted aluminum shingles that rippled in response to wind currents, providing shade and rain protection in addition to the aesthetic effect.

Sometimes, kinetic façade designs lean even more into the aesthetics, prioritizing beauty over the regulation of light, temperature, or rain. For example, UNStudio’s Galleria Centercity favors computer generated animations and illumination technology over the mechanical facades of other kinetic projects. While the façade itself never changes, gentle waves of colored light illuminating the surface makes the entire building appear to be moving.

While kinetic facades are an obviously recent phenomenon, the forms they take already differ greatly. Ranging from triangular modules to giant sun-shades to aluminum shingles to projected animations, each design serves a unique purpose and thus takes a unique shape. As architects are increasingly realizing, kinetic facades can be a powerful tool to approach the age-old issues of architecture – beauty, sustainability, comfort – in a bold, new, and technologically-driven way.