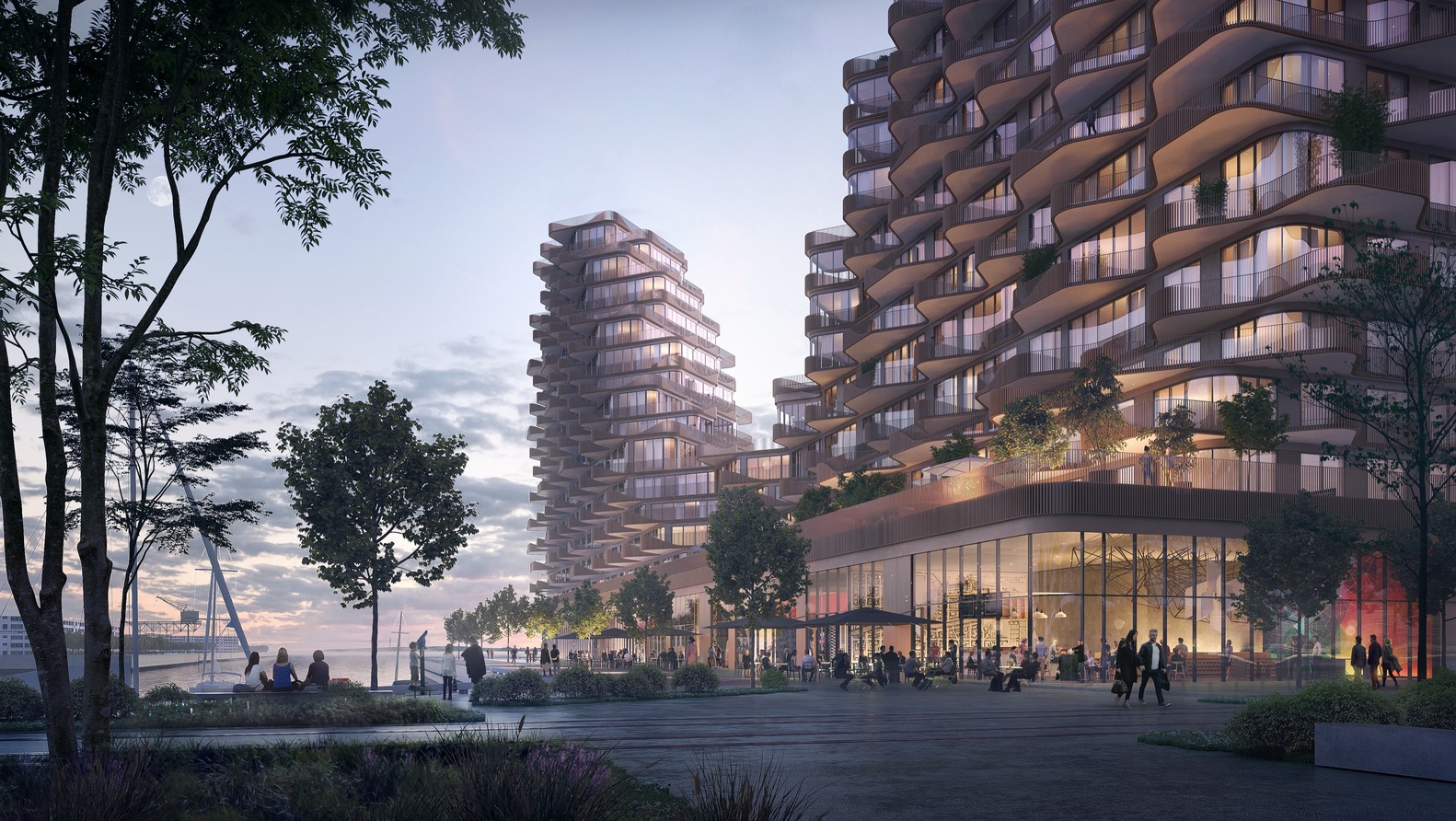 Danish firm 3XN has been selected as the winner of a competition to design a new mixed-use waterfront building in Toronto’s East Bayfront district that will be located on the edge of Google/Sidewalk Labs’ new smart community, Quayside.

Inspired by the reflection of the waves of Lake Ontario, ‘The Waves at Bayside’ will feature an undulating facade of metal balconies with views out to the water and a podium filled with public program including a rowing club and assortment of restaurants and cafes.

The building’s energetic landscape takes the form of two peaks gradually stepping down to a central valley between. The two peaks have also been shifted in position to provide units with maximal views of the lake. Shared amenities will be found in the valley, including several community rooms, an expansive outdoor deck and swimming pool.

‘The Waves at Bayside’ will join the neighboring Aquabella condo (3XN’s first North American project) in revitalizing Toronto’s eastern waterfront, with respectful massing and open sightlines being key principles driving the design. The project has passed the second design review panel stage and is expected to begin construction by late 2018.